How to become famous on Facebook: the definitive guide

How to become famous on Facebook: the definitive guide 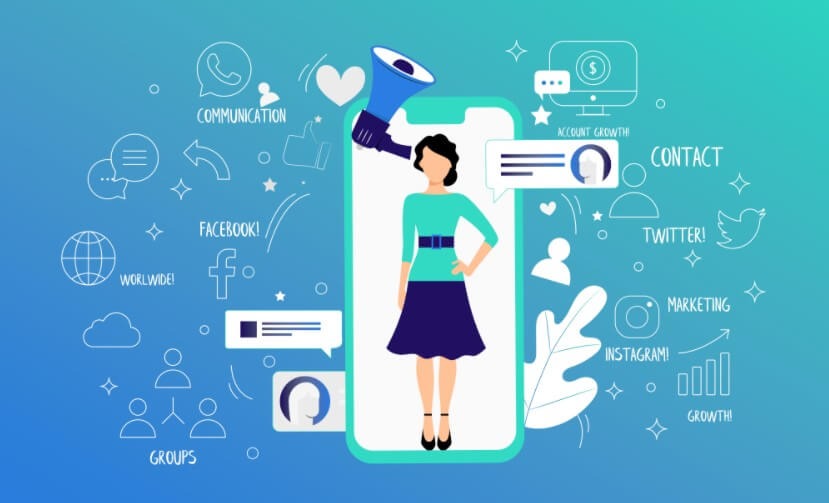 If you are here it is because you are willing to find out how to become famous on Facebook, the largest social network in the world.

Well here you will find the answers you are looking for.

The BuzzSumo team has carried out tests on about a billion posts and has come to a series of conclusions on which are the elements with the greatest impact and which are not.

In this guide we will better understand what to publish and what not, but also how and when.

By following all the advice I will give you, you will become famous on Facebook and your popularity will increase visibly.

Well, simple, Facebook has over 1.6 billion active users, about 20% of the world population, so who better than he can generate reliable data on how users behave on social networks?

Ok but just waste time and let’s get started.

What you need to do to become famous on Facebook

To succeed in your intent and become popular on this social network you will have to respect some factors that could significantly increase your chances of success. Let’s try to see what these factors are one by one.

1. The best time to publish your posts is not when you believe

The success or failure of your post depends on the organic traffic you can reach with it.

There are usually very specific times where more people flock to social media, and it would seem almost obvious that posting something during these times is the best move.

But the BuzzSumo team instead declares just the opposite.

As you can see the graph speaks for itself. The red line stands for the number of posts and therefore active users, the blue one for engagement. The response is noticeably higher between 9 and 11 PM.

All this as competition plays a fundamental role.

If too many people post something at a certain time, the chances of your post appearing decrease. This is definitely a good technique to apply right away.

Obviously, there are no magic formulas that tell you exactly when to post and when not, but depending on your country and your niche you could do more tests to understand what is the most suitable time during the day. Basically, try to be active when others are not.

2. Some posts perform 5 times better than others

There are basically 6 types of posts that you can publish on your page. Let’s see what they are:

The BuzzSumo team analyzed the average results of each type and obtained this result:

Obviously, in addition to these 6 types of posts, others are the result of combinations between them. For example, it was noticed that a question without an image achieved an engagement of about 144.45, the same question but with a themed photo of 616.70.

But let’s also see how interactions change based on the type of post.

An interesting fact that comes out of this graph is that videos have the highest share rate, obviously, I’m talking about videos posted directly on Facebook.

We understand that some types of posts obtain significantly greater results, especially in terms of organic traffic, however, after countless tests, the most performing posts ever remain the questions attached to an image or video. If you still find it difficult to get your target likes, then you may find sources to purchase more likes.

3. Sunday is a special day, especially for your business

As for the times, the days of the week also have separate values.

Although there are more in-depth studies regarding the relationship between day and time, we can say that on average during the week the engagement is stable, instead, Saturday and Sunday it is considerably higher, we can imagine why.

This analysis (as well as others) also contributes to success on all other social networks.

If you have created a “business” page, you are most likely going to share the links of your articles and promote your brand or your blog.

Although links are penalized by Facebook when compared to all other types of posts, there are still some techniques to increase engagement.

One of these is the length of the post.

Statistically it has been shown that a post with a length that is not too short and trivial (but not even an illegible papyrus), receives a greater number of interactions.

As we can see from the graph, articles with a length between 1000 and 2000 words, obviously written in an orderly and easily readable manner, have the highest interaction rate and the interactions increase the organic reach of the post itself.

If we consider that on average Facebook users don’t want to read, but most of them just see images or read short posts that don’t take too much time, we can understand well how to behave.

Well this also led to a study on the optimal length of a description.

When does the description of a post have to be long for a user to decide to dwell on it?

The graph is more than clear, less than 50 words are the optimal solution, sometimes even less than 10.

Apparently, for the average user, posting a video directly on Facebook or linking it from YouTube could be the same thing.

I assure you that it is not …

Here are the results on the engagement of both.

As you can see, there is no comparison.

The YouTube video is classified as a link, as a result, we know that Facebook tends to penalize them, but with YouTube, it has it in a particular way.

I don’t know, Facebook definitely doesn’t like it when you redirect people to another Social Network. In my humble opinion, there is constant competition between Facebook and Google that we are not aware of (officially).

This factor is unexpected but contributes greatly to becoming famous on Facebook.

Well, apparently there shouldn’t be big differences in engagement, instead, the results say the opposite.

8. Change your concept of hashtags

Unlike the first era of hashtags, currently on Facebook posts with too many hashtags receive less engagement, probably because they are starting to be seen as some sort of spam or aggressive marketing. You can learn more on this to be guided from social media experts. And apart, you can look for the best site to buy Facebook followers & likes in which you’ll have higher engagement and real facebook followers.

As we can see in the diagram, posts without hashtags receive about 34% more engagement!

So unless you have a valid reason to include that hashtag, forget it. (ps. These data are related to Facebook not to other social networks).

Let’s do a quick and small summary of all the results obtained by BuzzSumo.

Well, with this I greet you and I hope the article was useful to you. If you want to become famous on Facebook use the advice I gave you and I’m sure you won’t be disappointed.