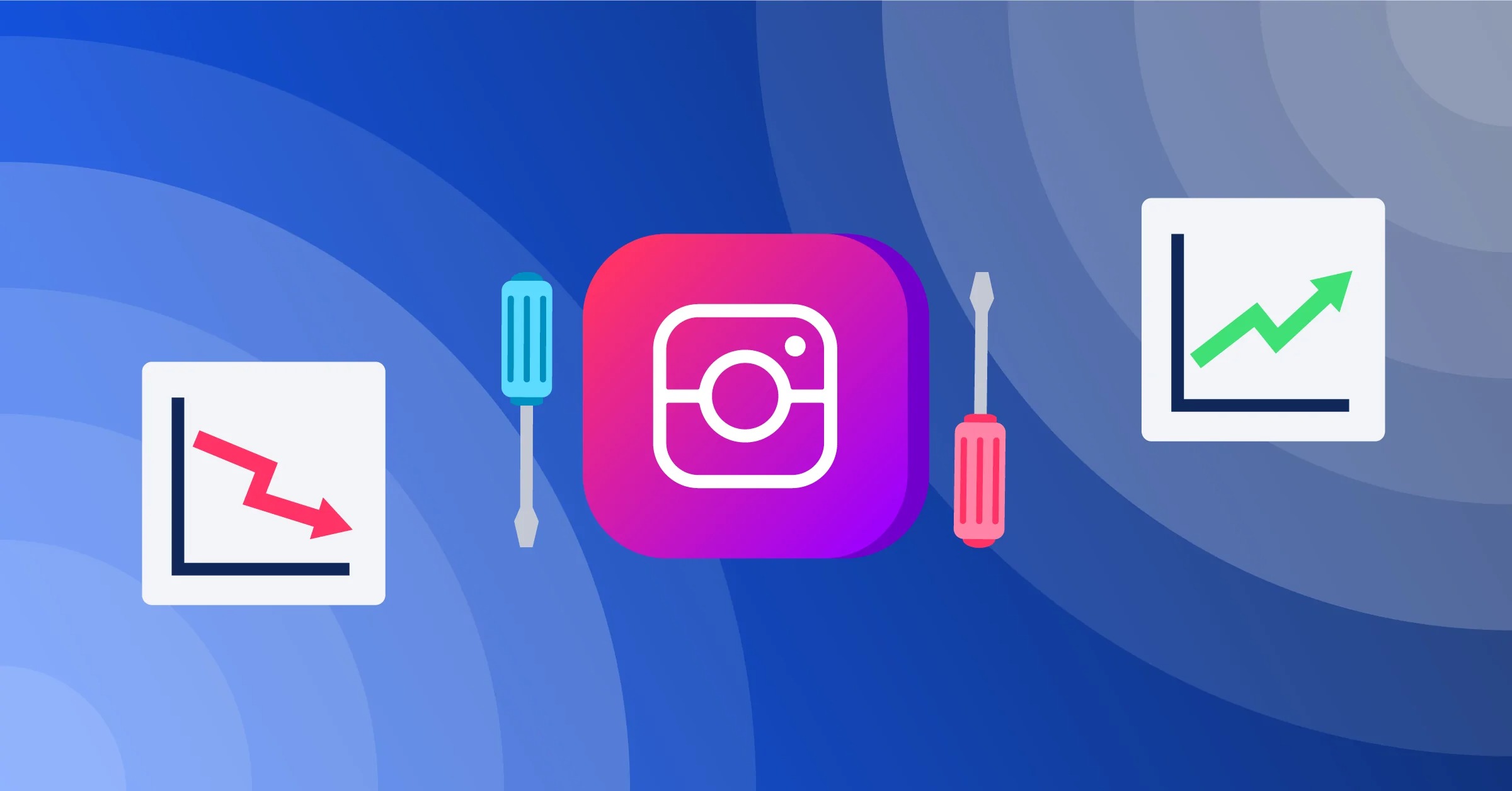 Instagram is the social network of the moment. Everyone uses it and everyone wants to be followed by thousands of people. It is precisely on this premise that the question of the century arises: how to grow on Instagram? There is an infinity of tricks and strategies, but they rarely involve natural and organic growth. Today I want to talk to you about how to grow on Instagram without tricks.

What does “cheat” mean when it comes to Instagram? In my personal vision of things, the term “cheat” includes all those techniques and automation that allow you to acquire up to hundreds of followers a day. Social boost is that kind of tool because the reviews say that social boost is a scam application for Instagram.

You are certainly wondering what is wrong with all of this, right? The answer is simple: such instantaneous and rapid growth comes at the expense of people’s real interest in your profile.

Now I’ll explain better what I wrote above. To acquire many followers a day, one of the most used techniques is that of follow/unfollow, especially through automations called “bots”. In other words: you pay for a program that, in your place, at any time of day or night, follows hundreds of users and then removes the follow.

Put yourself for a second in the shoes of the users who see themselves followed by you: they will be happy because they will think that someone likes their profile and their photos. But then the bot will remove the follow from these people, leaving them with a bitter taste in their mouth. What is this game for, then? Only to create an audience of people who are not interested or indifferent towards your profile.

Of course, bots can be targeted by niches, but the concept remains the same: you will have many followers who won’t give a damn about you or what you do because they will have followed you in the illusion that that interest was reciprocated. In addition to the classic follow/unfollow, bots also perform more basic actions such as leaving likes or comments, always with the aim of increasing the numbers.

With the advent of the new Instagram algorithm, dating back to spring 2016, social media has increasingly moved towards a system based on content engagement. That is to say, the more likes and comments your photo takes in the first few minutes after posting, the longer its virality will be.

Many users, to circumvent the algorithm, have founded or joined the so-called “engagement groups”, often accessible from the Telegram messaging app.

In Telegram groups, “rounds” are organized, ie specific times in which each user leaves a like or comment on the photos published by all the other members of the group. In this way, by publishing content at the time of the round, hundreds of likes and comments are obtained in the first hour of the “life” of the photo.

However, Instagram has begun to severely penalize this practice, and today users who use it are easily recognizable. The social algorithms realize that you, the user, receive likes and comments from hundreds of profiles that you do not follow and those who do not follow you. Moreover, often these are profiles not in target with yours, and moreover, they are always the same, with every photo.

Users who decide to take this path will find it very hard to get out of it: by stopping using engagement groups they will suddenly see organic interactions drop under their posts. It could take months to resume a regular trend.

DM groups are based on the same concept, except they are smaller, better-targeted groups. In fact, DM stands for “Direct Message”, or rather private messages on Instagram itself. These groups can hold up to 15 people and are usually more flexible than the Telegram round.

Organic growth: where to start

Behind the proliferation of these – in my opinion – incorrect practices there is only one reason: the desire to “arrive”, the desire to be someone, to be famous and loved by a large following of people. But not all of us can be bloggers or influencers through social networks.

And, more importantly, not all of us have a personality that interests an audience of strangers, nor the particular skills that can express themselves through visual storytelling. Hard to swallow, but that’s it.

For those who have something to tell, Instagram offers endless opportunities. We must not be blinded by the desire to monetize a lot and immediately, because the risk is precisely that of “pumping” your numbers and finding yourself with a phoney social media kit, which companies and the most serious brands recognize immediately.

Better a few active followers than many disinterested followers

The mantra of organic growth is few but good followers. Aim to be a micro-influencer, not an Instagrammer with 100k but still unknown. You could also have 10k and a very high engagement with an average of over 100 comments per photo, you don’t need to have 3 times that number to be someone.

You have to be yourself, behave in a genuine way. The basis for a successful account is always and only one: having a gallery of great images and a story to tell. This is only the first step, but it is also the most important one. If your photos are bad and you can’t make yourself interesting, forget about success. But above all, always ask yourself: Why should someone follow me? What do I have to offer?

Interact a lot, daily and manually

The difference between you and a bot is that you are a person and as such you reason, the bot is not. Interact with other users and make them feel important. Read their captions and leave relevant comments: if they talk about how bad their day was it makes no sense for you to write a comment in the style of “What a beautiful picture!”, Because in that case they will know that you have not read their caption and not you want to know what they write.

Not only that, but remember that leaving comments and likes on the photos of others can bring you new following directly: the followers of other users will read your comments, they will see that you are an empathic and easy-going person and may take a look at your profile. . Profile that, if well maintained, will have gained new followers.

The importance of well-targeted likes

The interaction should not be limited only to the users you follow. Remember that according to the rules of Instagram you can put about 350 likes per hour before being temporarily blocked. In the fall you could scroll through the photos tagged #autunno and get noticed by Italian users who post photos with an autumn theme. If in the meantime you have also published some with that style, some of them will take an interest in your profile and will follow you.

When it snows, you can take a look at the photos tagged #snow and do the same thing, sowing likes on the most beautiful photos. You essentially do what an automated system would do, but in the meantime you can also leave a few comments and optimize the interaction, so as to arouse even more interest. A bot will never be able to leave specific comments on every single photo, and when you do it you can see the difference, and a lot too.

Interaction is a boomerang

It may seem difficult to see at first. But after a few days you will notice that all the likes and comments you have scattered on the social network will come back to you. People will know that you are interacting, not a robot.

They will see you as a communicative person, attentive to the content of others. And they’ll reward you with an avalanche of likes and comments. There is no need for Telegram groups to be sympathetic to the algorithm: just be social, as Instagram itself would like you to be.

The importance of hashtags

Another element not to be underestimated are hashtags. Instagram allows you to put up to 30 tags under each photo.

In reality there is a trick to insert 60, but recently the algorithm has begun to penalize the organic reach of those who used it (me first). To use double the tags just insert 30 in the first comment on the photo and then go and edit the caption to insert another 30. In any case it is a method that I do not recommend you to use.

Suffice it to say that hashtags could determine the success or failure of your photo. Today your goal must be to finish among the 9 popular posts of as many hashtags as possible, so that your photo is visible to anyone who decides to take a look at those specific tags.

To optimize the choice of hashtags, I give you a simple advice: choose 10 that reflect the theme of the photo. here is a list of the best hashatags to use.

The next 10 hashtags should reflect the niche the photo belongs to, but at the same time be underutilized hashtags, where you are more likely to end up in popular. The remaining 10 tags must be popular tags (in this case always in the sea and travel theme). It will be difficult to position yourself well in the latter, but they will still bring you a lot of interactions.